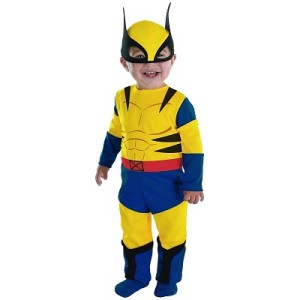 Wolverine is a fictional Marvel Comics character who was created in 1974 by Len Wein. He is a mutant who has the capability of recovering very quickly from injuries. Wolverine has appeared in comic books, video games, television programs, and is commonly associated with the X-Men. Because of Wolverine’s popularity, he is also a great costume idea for cosplay, Halloween, and other dress up occasions. Here are some great costume ideas for creating your own Wolverine costume.

For the tiniest Wolverine fans, this cute little costume has everything you need to be a superhero for an evening. Comes complete with bodysuit and eye mask. This product is an officially licensed Wolverine costume.

These little gloves with soft “claws” will go great with the infant costume. Safe for use by children because they are made from cloth and not hard plastic . Gloves are blue and claws are a silver color. Measures ten inches long and made from 50% polyester and 50% polyurethane. Gloves can be hand washed. 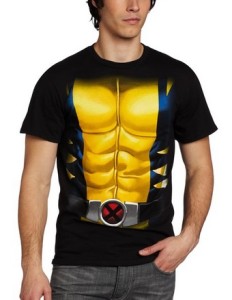 For the bigger Wolverine fans, this tee shirt is 100% cotton and machine washable. Perfect for dressing up as the character, or for everyday wear. Black shirt has yellow and blue muscular torso depicted on it, along with a the design of a belt with silver buckle and red circle with the black X inside of it. 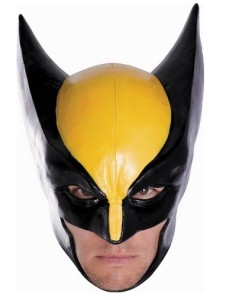 This mask is yellow and black and made from 100% vinyl. Combine with the torso costume tee shirt for an authentic Wolverine look. Mask exposes the eyes and chin and mouth area, just like the Wolverine mask in the X-Men series and movie.

This is a matching black leather jacket and pants with “X” symbol on front of jacket that can be ordered for a female or male in sizes small, medium, large, and extra large, or can actually be tailor made if you provide the company with your detailed measurements. This particular costume is copyrighted and can only be made by the CharmingCoco company.

This wig is a one size fits all and features dark hair (100% Olefin with 100% Polyester netting) in trademark Wolverine hair style and mutton chop sideburns. Also comes with a Wolverine dog tag necklace. Pair this wig with a white tank style tee shirt and jeans for the perfect Wolverine costume when he’s out of super hero dress. 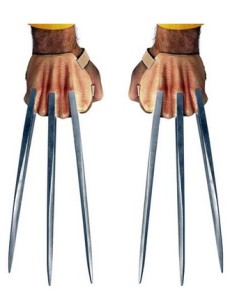 These claws have what looks like a part of hand that straps around the actual hand, with three extending claws on each hand. Pair it with the Wolverine wig and white tank or the Cosplay leather costume for an realistic Wolverine look. The “hand” part is flesh colored while the claws are silver.

This is a full child’s costume in yellow and blue that features a full jumpsuit and Wolverine mask. An officially licensed product that comes in sizes small, medium, and large. Pair this costume with a set of claws and you’ll be the perfect super hero for Halloween or other dress up fun. A size chart is given on the webpage for this item listing to ensure ordering the proper size, as sizes may differ from one manufacturer to the next.

This set of child’s claws is made from 90% nylon and 10% Spandex. Features long blue gloves with silver claws on each hand. Goes perfectly with the children’s classic Wolverine costume, also from Disguise Costumes. 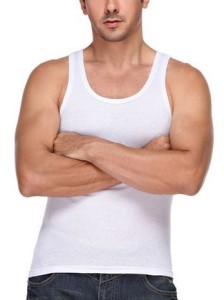 This plain white men’s cotton crew neck tank top is perfect with the Wolverine wig and a pair of blue jeans for the casual super hero look. Pair with dog tags and you’ve created the perfect Halloween costume.

This dog tags set is done in a vintage style and bears the name “Wolverine”. Chain is 23.6 inches long. Looks great paired with a wig, white tank top and denim jeans. 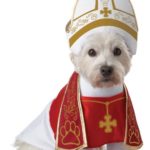 What pooch wouldn't want to dress up as a barbarian, or Cinderella to celebrate the special day with the family? And certainly, every dog wants to go out and party with the best. So to garb man's best friend, here is a selection of the best Halloween costumes for dogs. Search on this page, and … END_OF_DOCUMENT_TOKEN_TO_BE_REPLACED 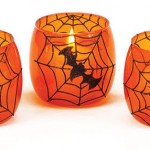 The best thing about Halloween is the candy, and the second best thing is the decorations. It is so much fun to decorate your house or office with spooky Halloween decorations that are meant to be seen at night. Blacklight decor, votives, decals, and lights all make up the ambiance of a haunted … END_OF_DOCUMENT_TOKEN_TO_BE_REPLACED 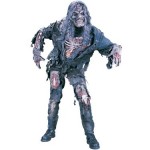 Teenagers are hard to please, but Halloween is a fun holiday where they can dress up or down, hang out with their pals, and go trick or treating with friends, in these great Halloween teen costumes. These costumes are fun without being risque, and are in sizes for preteens and teens. If you need a … END_OF_DOCUMENT_TOKEN_TO_BE_REPLACED 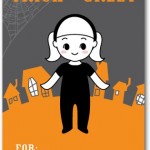 Trading Halloween cards with friends in school or at a party is so much fun, or send spooky Halloween greeting cards in the mail to your favorite people. Even better, send Halloween candy to all your friends or get together to trade and share after you go trick or treating on Halloween Eve. These … END_OF_DOCUMENT_TOKEN_TO_BE_REPLACED 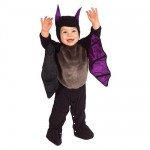 This baby bat above is one of the wonderful baby Halloween costumes for girls or boys, and they will have so much fun running around pretending to fly. The costumes on this page come in several sizes for infants and toddlers, so just click through to our partner website to browse all of the sizes … END_OF_DOCUMENT_TOKEN_TO_BE_REPLACED 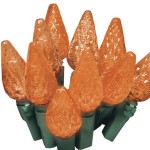 Here are some awesome Halloween lights to spook your neighbors and scare your friends. With this wide variety of motion-sensor lights and props, you can't miss for your yard, doorway or party atmosphere. … END_OF_DOCUMENT_TOKEN_TO_BE_REPLACED