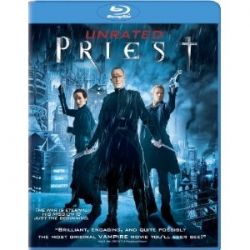 Enjoy the Thriller movies highlighted on this page with your friends, family, and neighbors for cool and clean Halloween Home entertainment.

The scary movies showcased on this page are a mix of the new and classic. Hope you will improve this page through your feedback in the guest book.

This page has been moved and at it’s previous location readers have suggested the following favorite scary movies. Do let us know what YOUR favorite movie is in the comments below!

Here are my own suggestions from 2011: 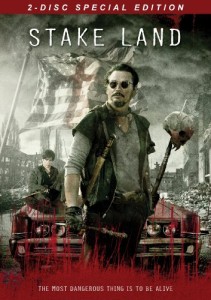 Vampires have killed mots of the humans. Now it is up to Martin and his Master to slay the undead. The villains are Vampires who look like Zombies. The movie has received good reviews by the audience. Find out if the hero and his teacher are able to create a new Eden in the icy north of the Continent. 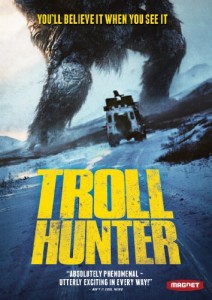 Trolls are mythical creatures who are said to inhabit the cold mountains of Scandinavia. What happens when a Troll enters the modern world. This surprise hit from Norway has been shot in documentary style, and features the adventures of three College students and a Troll hunter. 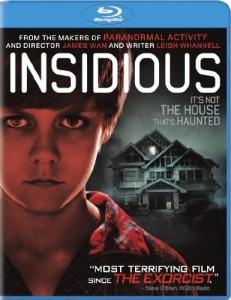 A classic haunted house movie. Full of scares and thrills, Insidious is the story of a Family whose kid falls into Coma. Will they be able to prevent the evil spirits from taking him into the realm called The Further?

Nice Halloween flick by the creators of Paranormal Activity. 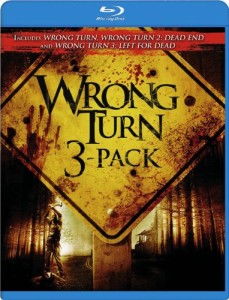 I checked out this trilogy after reading rave reviews about it in the newspapers. Must say I wasn’t disappointed one bit. The movies are about a bunch of humans, whose DNA has been contaminated due to chemical tests by the government and inbreeding. They look scary and hunt humans who stray into their territory. Their weapons are primitive, but they know their terrain and are fierce. 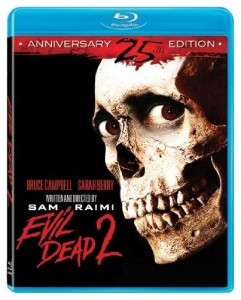 A must have for any Horror movie fan. With better sound effects the movie certainly becomes a much better watch. 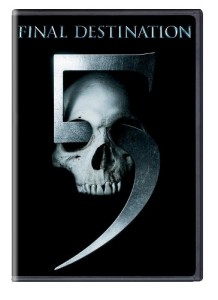 Can one cheat death? That’s the central theme of the Final Destination series of movies. The leading character in each movie is able to see the coming disaster and save some of his/her buddies. However, death runs its own course and annihilates them one by one.

The only way out is to kill the person who is before you in the line. Though the central theme is repetitive, the movies are by no means boring. A great thriller watch for Halloween. 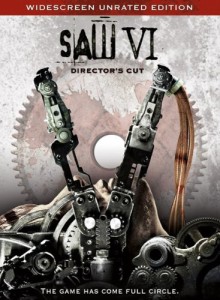 It was my Nephew who introduced me to Saw, and I have been hooked on thriller/horror movies since then. Jigsaw is long dead and Detective Hoffman is now continuing his mission of punishing people who do not value their lives. The contraptions created for meting out the punishments are as gruesome as ever.

What pooch wouldn't want to dress up as a barbarian, or Cinderella to celebrate the special day with the family? And certainly, every dog wants to go out and party with the best. So to garb man's best friend, here is a selection of the best Halloween costumes for dogs. Search on this page, and … END_OF_DOCUMENT_TOKEN_TO_BE_REPLACED

The best thing about Halloween is the candy, and the second best thing is the decorations. It is so much fun to decorate your house or office with spooky Halloween decorations that are meant to be seen at night. Blacklight decor, votives, decals, and lights all make up the ambiance of a haunted … END_OF_DOCUMENT_TOKEN_TO_BE_REPLACED

Teenagers are hard to please, but Halloween is a fun holiday where they can dress up or down, hang out with their pals, and go trick or treating with friends, in these great Halloween teen costumes. These costumes are fun without being risque, and are in sizes for preteens and teens. If you need a … END_OF_DOCUMENT_TOKEN_TO_BE_REPLACED

Trading Halloween cards with friends in school or at a party is so much fun, or send spooky Halloween greeting cards in the mail to your favorite people. Even better, send Halloween candy to all your friends or get together to trade and share after you go trick or treating on Halloween Eve. These … END_OF_DOCUMENT_TOKEN_TO_BE_REPLACED

This baby bat above is one of the wonderful baby Halloween costumes for girls or boys, and they will have so much fun running around pretending to fly. The costumes on this page come in several sizes for infants and toddlers, so just click through to our partner website to browse all of the sizes … END_OF_DOCUMENT_TOKEN_TO_BE_REPLACED

Here are some awesome Halloween lights to spook your neighbors and scare your friends. With this wide variety of motion-sensor lights and props, you can't miss for your yard, doorway or party atmosphere. … END_OF_DOCUMENT_TOKEN_TO_BE_REPLACED